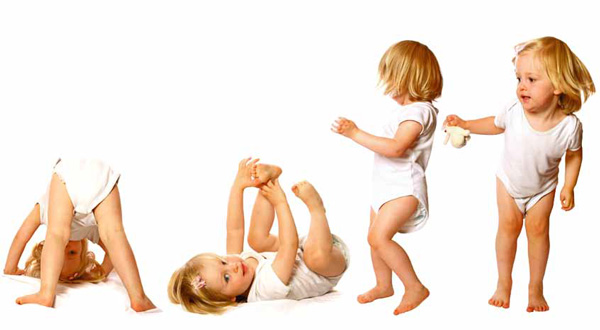 I was half-way through my first improv class at the Groundlings and considering dropping it altogether. Consumed with dread about how lost I was, and not wanting to look like a weak improviser, I was seriously considering skipping out on class. I was utterly frustrated, disappointed and surprised that my work was not stellar. How could I suck so bad when I had years of previous improv experience? I co-founded three improv/sketch groups, directed one of them, studied at the New Actor’s Workshop in NYC and iO West in L.A., taught numerous improv classes to kids….I knew I wasn’t as experienced as many of my colleagues, but absolutely expected to be one of the standouts in class.

Or so my ego told me. It demanded that I should already know what I was doing; but instead I felt like a newbie and the cognitive dissonance was brutal. As I cowered like a twitching blob on the couch I said to my man, “I don’t want to go to class.” It was one of those whiney moments that he doesn’t stand for. A cocked eyebrow and one word lit a fire under me: “Go.” (In other words, “Don’t be a baby.”)

I felt awful, weird, lost. Completely devoid of the knowledge and expertise I thought I had. Embarrassed by my “weak” performances. Beating myself up for not listening, being in my head, ignoring the gold in the suggestions….

It wasn’t just that I was lost, it was that I believed I shouldn’t be because I had so much experience. The shame that came with that brusied ego was almost debilitating. But I went that night and attended every class thereafter.

And what did I get for my efforts? Growth. Somehow in the following six weeks, the muddy path became clear, my confidence found its way back to me and the skills began to fall into place. So what was all that that happened around week six?

That was years ago. Now I see this same thing happen to my students halfway through our intensive class. They feel frustrated, annoyed, maybe even ashamed. Which, except for the shame part, is exactly where they should be.

Because learning is hard. Change is hard. Why? Because learning requires you to be vulnerable, try something you’ve never done before and take the risk that you might fall on your face. The learning process is not a smooth experience; that’s why we have training wheels on our bikes. That’s why you have to take a driving course before they let you loose on the road. That’s why babies fall over and get back up again when learning to walk. But babies don’t have egos; they only cry if they physically hurt themselves. Most of the time, they stick their cute little butts in the air, find their balance, stand up and toddle forth. We should all be more like babies. We should all be willing to stand up ass-first.

Of course, the difference between learning how to drive or do addition and working on your craft is that creative artists take their craft very personally; especially actors. After all, its our face up there! If I can’t figure out the square root of 569, I’m just bad at math. But if I can’t live an authentic life while playing a character, I’m just bad.

But that’s not actually the case in a class, is it? The very definition of class is a place where you learn something. So you will fall on your face, you will not quite achieve your goal; in fact, you’re supposed to mess it up so that you can learn what to do next time.

And then next time, you still might F it up. But no matter; keep going. Learning takes time. You must honor that process and where you are in your journey. If you’re great at script analysis, but emotionally blocked, you have some work to do. If you’re emotionally open, but don’t understand how to pick up on the given circumstances in the script, then you’ve got some work to do, too. Class is for learning and that process can make you squirm, sigh and whine to your significant other.

But keep going. You cannot have change, growth and creativity without vulnerability, mistakes and courage. At the end of one of his books, Michael J. Fox says, “You are where you are. If you keep moving, you’ll be someplace else. You’ll know when you get there.”

I kept moving in my Groundlings class. I found my stride, my fun, my joy again. I encourage my students to keep moving, embrace where they are in their journey and please, please….be a baby. Stand up ass-first and keep going.