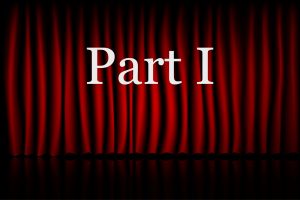 “Through spontaneity we are re-formed into ourselves.” –Viola Spolin

The word “improv” has become a shorthand to refer to comedy improv, but few people know that the inventor of improvisation was a woman named Viola Spolin. Funnily enough, her focus was not on comedy. Her technique was designed to release the full artist through the power of play, connecting them to their intuition and the people around them.

Influenced by social work. In the 1920s, Spolin trained with Neva Boyd, a social worker who worked with children at Chicago’s Hull House, a settlement house for immigrants. The children spoke a variety of languages and were new to the community, but through non-competitive games and play they learned to communicate. They also built empathy, socialization skills, and confidence.

Steeped in the progressive education movement. Spolin’s approach is built on the theory that we learn by doing. Combining her theatrical background with Boyd’s children’s games, she created a technique to teach actors the aspects of their craft through playful experience rather than lecture or dogma. She invented over 300 games, each with a specific focus and problem that the group must work together to solve. The side-coach (instead of “teacher”) refocuses players when they get off track. Each player learns from their own experience, instead of getting lost in what Viola calls “The Approval/Disapproval Syndrome.”

Revolutionary approach to actor training. Spolin’s work excites me because it departs from most traditional acting techniques. As a trained side-coach, I have seen actors in my Viola Spolin workshops leave societal/personal limitations behind to let their full creative selves come into being.

When you truly play, you are free. And this may be the biggest reason my work is so influenced by Spolin: whether you are improvising or doing a scripted scene, actors who are playing are, by definition, open to creatively respond to whatever happens, scripted or not.