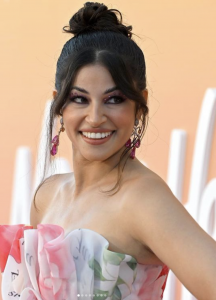 Richa Moorjani
Never Have I Ever, Fargo

Robin helped me become much more confident in my auditions as well as on set. Her passion, deep awareness of human behavior,  sense of humor, and ability to understand what each of her clients needs to break through their own unique blocks are what make her one of the greatest coaches I’ve had. 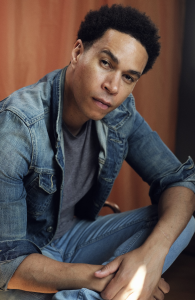 John Macmillan
House Of The Dragon, The Great

Robin is an incredible coach. She has deeply enriched the way in which I approach a role, and has a seemingly inexhaustible wealth of ideas and insights into the craft of acting. She is truly an artist in her own right, and it is a joy to collaborate with her. 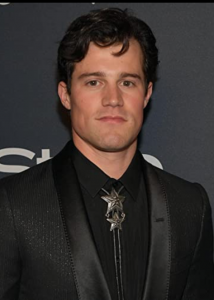 Robin helps me trust my instincts. I don’t think there is any greater gift for an actor. 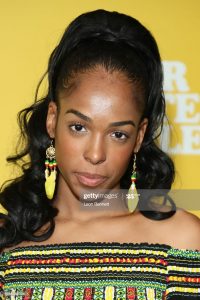 I started training with Robin when I had only one credit. After several private lessons, my filmography has grown in a very exciting way. Robin taught me how to gently approach emotional work and how to always keep it fresh. She encouraged me to use my imagination to create a specific and relevant life for the character. She is a kind and passionate teacher. The results of working with her are clear: her clients work, because her coaching works. 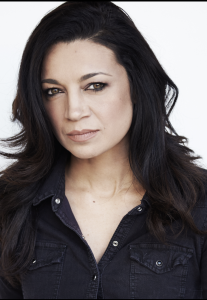 Anna Khaja
Hacks, The Good Place, For The People

Robin has a deep understanding of actors: she makes me feel safe and free while holding me to the highest gold standard. Thanks to Robin, my auditions are more connected and authentic. 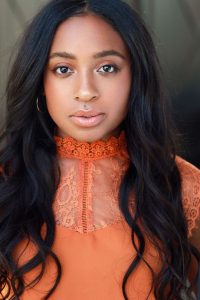 Robin is intuitive, aware, truthful, and encouraging. She has guided me to trust my natural instincts and fully live within a character. Working with Robin has made me a better artist, allowed me to work more, and most importantly, her approach has helped me to find the fun and love of what I do in every role. 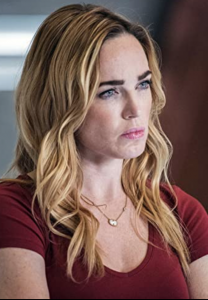 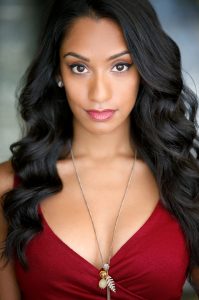 Robin caters to each person’s own individual journey. She masterfully guides you through the process of breaking down a script, creating a full character, finding specifics with relationships, the world, and the camera. She finds the truth in you and helps brings that to life on screen. Her intelligence, coupled with her passion for the craft and for actors, makes her truly trustworthy. When she believes in you, you believe it. I’m so grateful to work with her and always look to her for guidance. 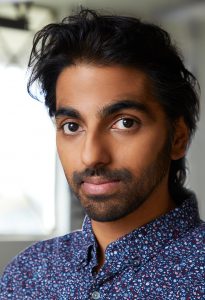 Robin is not only invested in helping you develop your character, mine the emotional depths, and truly live the character’s life, she’s invested in you as a person. She is not so much a teacher as she is a creative collaborator, fully committed to joining you on your artistic journey. She is kind, generous, empathetic, and committed to the craft. Her knowledge, passion, and enthusiasm are inspiring. When Robin believes in you, you have no choice but to believe in yourself. She is, simply put, the best acting coach around. That’s because she is one of the best people around. 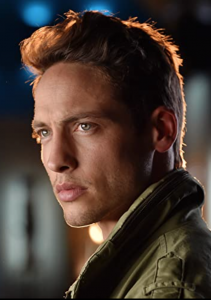 Bret Green
The Inspectors, All Rise

Robin was the first acting coach I had when I got to LA and I still find myself going back to her valuable lessons when I approach an audition. She has a very welcoming personality and makes me feels safe to take chances and try new things. 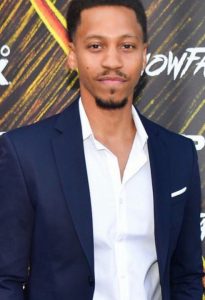 When I first began my acting career, I had all these ideas in my head about how to play a specific part without truly allowing myself to be vulnerable. Robin helped get me out of my comfort zone and connect more deeply to the character, his life, and to myself. As men we sometimes block out certain emotions, not allowing ourselves to be seen. Breaking down those barriers was a game changer for me. 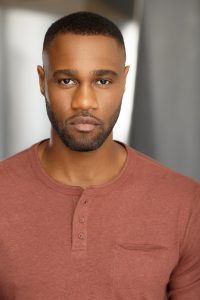 Robin is a joy to work with. I started in her class, moved on to private audition prep, and most recently she helped me prepare for a series regular role on a new series. She brings a humanity to her coaching that is encouraging but also critical in all the best ways. She helps me dig deeper, look beyond the surface, and discover new things about the humans I get to create in my work. 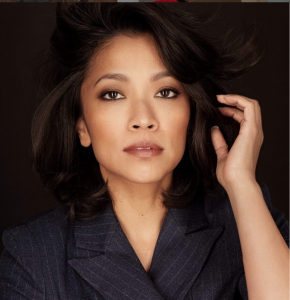 My work with Robin landed me my first series regular role. I coached with her for my callback and before I even had a chance to share the notes that I’d gotten from the Casting Director, Robin already knew what I needed to bring to the role. We got to the physical core of my character and I left feeling really empowered and clear about my choices.

And our collaboration paid off. I booked the job. Our role prep coaching sessions took it all even deeper, so I could bring a complex character to every shoot. 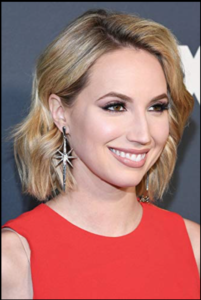 I absolutely loved your class and will be coming to you when I need coaching. Thank you so much for everything.

Coaching with Robin helps me get to the truth and heart of any character. She makes it simple yet effective which helps me spend less time in my head and more time in my body. 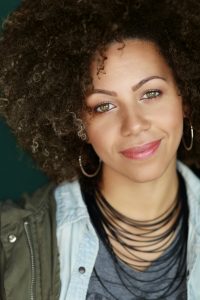 Working with Robin changed the game for me as an actor. I had plenty of training, but my audition technique needed a lot of work. She helped lay the foundation for all of my acting prep and performance moving forward. I started getting callbacks and bookings! With self-tapes being the new norm, I now make smart, creative adjustments to the character in order to give a full, more dynamic audition.

Robin will always be my go-to acting coach and I’ll continue to recommend her to every actor I know. Robin will work with you, not for you (and not at you), and get you to where you want to go in the work! 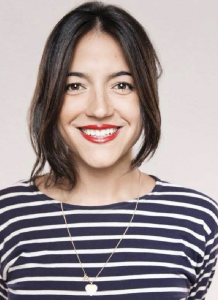 Robin’s approach has truly changed the way I act and live. She has helped me focus on playing, on feeling, and on being constantly in pursuit of honesty. I always leave a session with Robin feeling more connected to my character and more grounded in her reality. She always gives me helpful exercises and tools that I pull from constantly on set.

There’s a Viola Spolin quote she showed me that reads: “It’s not about what you produce, it’s about what happens to you.” I feel that phrase describes the essence of how her teaching and coaching changed me. That shift is everything. It’s what makes acting so joyful. 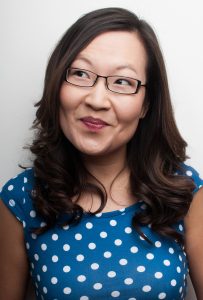 Helen Hong
Never Have I Ever, The Unicorn, Silicon Valley

I had never even tested for a pilot and I wanted to get to that level. This past pilot season I coached with Robin on almost every audition I had and she leveled me up! Not only did I test for 3 different pilot roles, I booked one! I’m now role prep coaching with Robin on my very first network sitcom pilot and I’m going in feeling confident and ready. Working with her has made the difference! 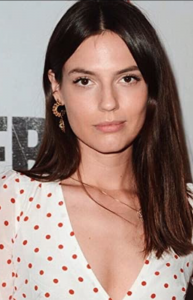 Robin is such a delight to work with! She offered me a FUN, safe, creative and collaborative workspace to develop a role I booked. She had clearly spent a lot of time with the script beforehand and was therefore very prepared to offer invaluable insight for the character I would be playing. By the time we finished our session, I left with a solid sense of my character and felt much more prepared for the subsequent shoot days. 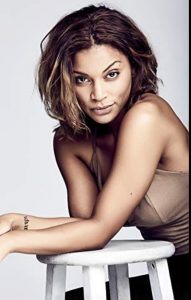 Studying with Robin has been such a blessing. Her approach to each character was literally the missing link for me to fully understand how to truly create and become confident living the life of each individual human. She empowered me in ways no other acting teacher has done before. I am so grateful. 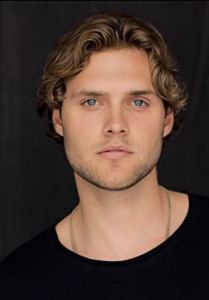 Markus Silbiger
Zac And Mia, Fresh Off The Boat

Robin made acting fun again and not some intense competition. It’s more exciting when you stop working and start playing. 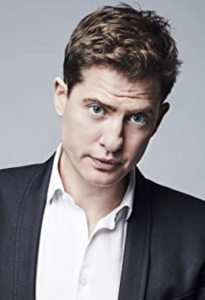 Robin has extraordinary dedication and energy to her craft. I enjoy the process again! I’ve been getting much more pleasure and satisfaction out of my work since I’ve worked with her. She’s shown me that this incredible journey I’m on is a fun and exciting exploration rather than a threat. 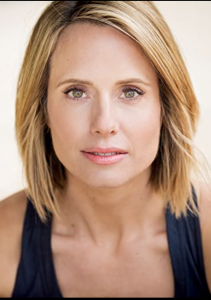 Robin’s coaching has led me to deeper, more authentic work, with great results. Her audition coaching absolutely helped me book a guest spot and a series regular role!

So of course I went back to her for role prep coaching, and our session prepared me to walk on the pilot set with a fully developed character ready to play. 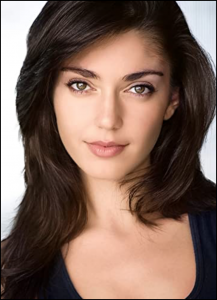 After my audition session with Robin, it was such a relief to walk into a room with so much knowledge and depth about the character for just the first casting. It really allowed me to live through the audition instead of rush or ramble through it. The entire experience was very satisfying. 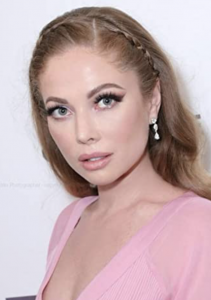 Malea Rose
Kidnap, Two And a Half Men, The Crazy Ones

It was such a pleasure coaching with you for this role. Everything we worked on really sank in and I owned it and it was so much fun and intense. You were so enlightening yesterday. I can’t wait to coach with you again! 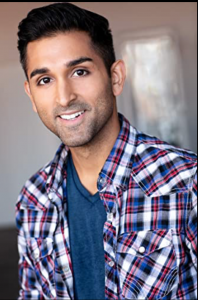 Robin has a unique ability to understand what you are not grasping and gets you to understand how to make the changes within you and your approach to truly embody the character. She is completely devoid of b.s. and a real person with a passion for teaching. She creates a very fun and safe environment where you can truly explore! 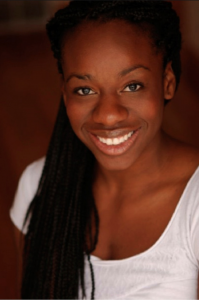 Having Robin as an instructor was like having an intuitive friend guide you along an unknown path. She saw where I wanted/needed to go as I explored truthfulness and empathy in my acting.  She made it look easy and helped me become fearless. You might think playing the lead on Broadway makes it easy to transition to TV/film, but it wasn’t easy for me to be in front of the camera; I loved that she took me where I was at, helped me grow and allowed me to be who I truly am. So rewarding, and so worth it. 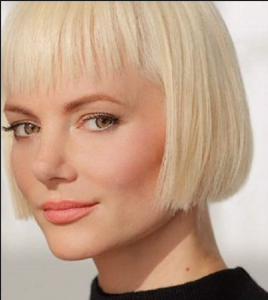 Libby Mintz
Day Out Of Days

Robin role prepped me for a film directed by Zoe Cassavetes. Our session was A BLAST! Her instincts about the script were right on and I felt free to play during the shoot. Zoe loved what I was doing and led me even further into a silly carefree territory, which was so fun.