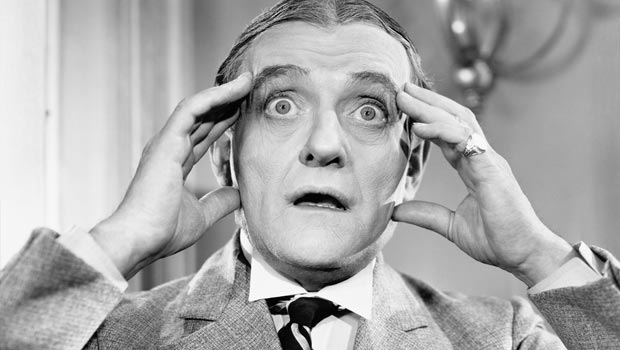 A million years ago, I went to my first callback. I was so excited, I did a little victory dance in my tiny apartment. “Clearly,” my naive mind told me, “this is just a formality; I’ve really booked the role!” I rode the subway running my five lines, beaming with pride, already imagining shooting the scene and accepting the director/writer/producer’s ecstatic offer to be made a series regular.

Imagine my surprise when I found there were other women in the lobby being seen for the same role. They were prettier than me. Better dressed. Looked more like the part. Were more seasoned. They were running their lines and chit chatting about agents and bookings…

Suddenly, I felt like I was in a psychological torture chamber instead of a waiting room.

The pressure! My confidence plummeted. I wished I had a comfy sensory deprivation tank to hide out in until my name was called. My fear told me that everyone else deserved to be here and I didn’t. So instead of preparing, I spent the entire time ducking my head and forcing visual and emotional blinders over my eyes and heart. “No one else is here, no one else is here,” I told myself. When they called my name, I walked into the room already defeated.

Sound familiar? The threat of competition and industry talk at an audition can be debilitating for both new and seasoned actors. But putting great effort into not seeing and hearing what is right in front of you pulls focus from your craft. All your wonderful prep about your character and relationships go out the window if all you’re thinking is “I’m good enough, I’m good enough. I wish they would just shut up…”

But there will always be other people in the waiting room.

So what the heck are you supposed to do to keep focused and fresh with all that distraction?

You’ve got to turn the torture chamber into a playpen.

Acting is a creative process, right? And creativity is exciting, which keeps us alert and keeps our fears at bay. So instead of shoving your fingers in your ears and eyes, rely on your creativity to move you through the whole experience.

Let’s imagine you’re auditioning for the role of a Mob Boss using a local bakery as a cover for the family business. The conversation (“scene”) is between you and a lawyer you’re not sure you trust. So you’re going to test his loyalty by ordering him to kill an informant you have tied up in the meat locker.

Juicy role! Here’s how you can use your creativity in the dreaded waiting room:

Use music. Make yourself a playlist that inspires you as this character. Do they like rock and roll? I’m the powerful, famous rock star of this family. Jazz? I’m unpredictable, which is the source of my great power. Classical? I’m the leader of a sophisticated, well-respected and surprisingly dangerous family. Listen to this playlist on the way to the audition as you explore your history and relationship to the lawyer. (Don’t just run your lines.) Bring your music with you to the lobby. Keep those earbuds in with the music playing. No need to blast it; just play it loud enough to drown out other conversations and to keep you fed as the character. (Of course, make sure you can hear the casting director call your name.)

Live in the point of view of the character. Own the power of the role and use the boss’ point of view to observe the environment. So where are you? The bakery, of course. Who are the other people? Maybe customers. Maybe they’re family members…but who can be trusted and who can’t? That one – she married into the family for money. She’ll have to go. That skinny one is trying to get out of the family. We’ll have to make him stay or else. That one is loyal – I can probably cultivate her as my right hand woman. That big one, we’ll he’s the new muscle. I might need him in my meeting with the lawyer.

Live in the moment before. What is the mob boss thinking about before the conversation starts? What is affecting you right now? That damn lawyer. Can I trust him? Discover new thoughts and feelings about your life and relationships. He made this appointment at the last minute. That’s suspicious. Does he know about the informant? Switch back and forth between the moment before and observing everyone else from this point of view.

Doesn’t this sound thrilling? Being creative keeps you in the moment and in character. Instead of running away from the room, you are absolutely in it. By the time you go in for the audition, you will be revved up and ready to go, fully embodying the character and fully present with the reader (aka: that damn untrustworthy lawyer).

If you’re lucky, you’re going to go on a ton of auditions. It’s time to throw the blinders away and cancel that order for a sensory deprivation tank. It takes a truckload of mental and emotional effort to disengage from what is right in front of you. But it is so incredibly easy to engage, stay creative and roll around in the playpen.